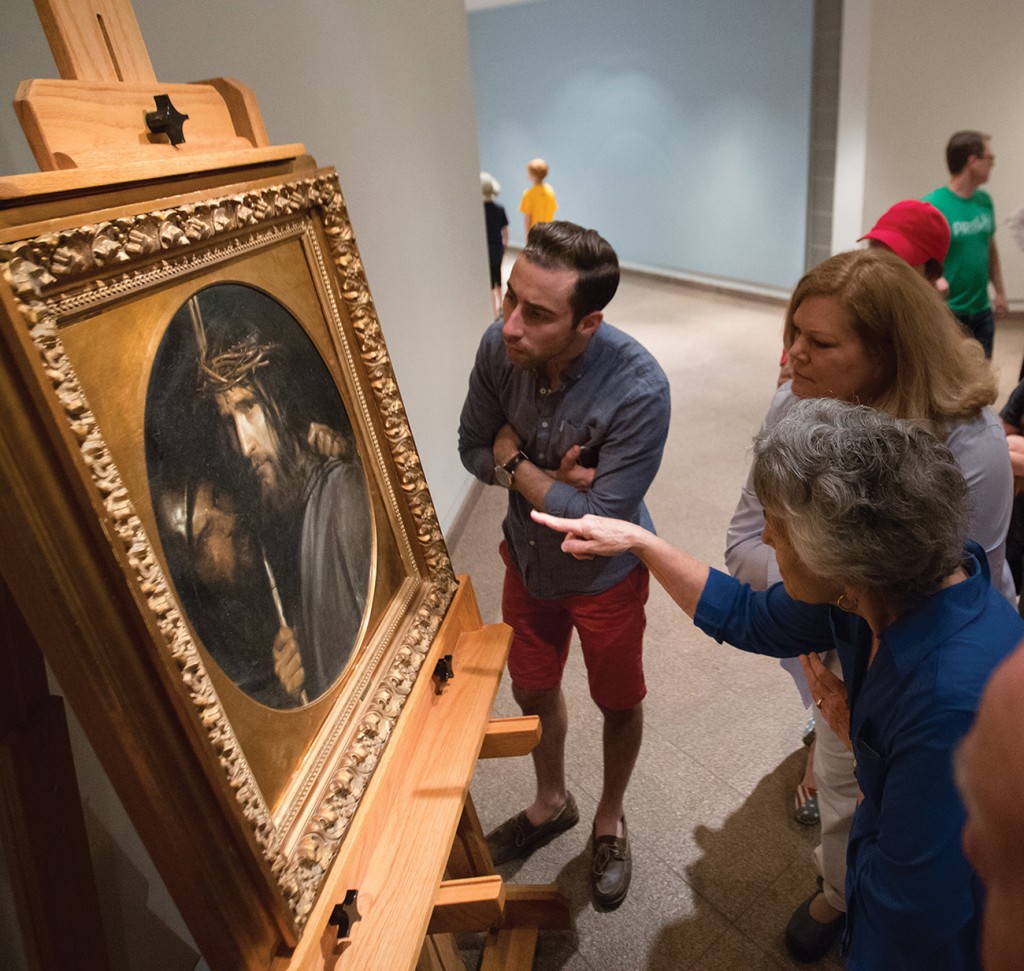 The Mocking of Christ will undergo conservation efforts and become available for viewing this fall. Photo by Jaren Wilkey.

Work by 19th century Danish artist Carl Bloch—a staple in Latter-day Saint publications and meetinghouses—holds a special place in the hearts of many Christians. BYU’s Museum of Art (MOA) recently announced that its hallmark piece—Carl Bloch’s Christ Healing the Sick at Bethesda—will be joined by another of Bloch’s works, The Mocking of Christ.

The recently rediscovered painting, whose only known record is a 1935 auction catalog, is curious not only in its dark tones but also in its history. In 1880 Bloch painted two versions of The Mocking of Christ. Unlike the more colorful version many viewers are familiar with, the BYU holding depicts the Savior and His tormenter in more muted colors, adding “a mysterious quality,” says museum director Mark A. Magleby (BA ’89). “For whom was this commissioned, and what was the owner’s desire in having a kind of grisaille, or gray-toned, version?”

Familiar with BYU’s past Bloch exhibitions, Danish art dealer Peter Titelbech approached the MOA when he heard the piece had resurfaced. The work was purchased for BYU by the family of Jack and Mary Lois Wheatley, longtime MOA donors. As Titelbech said, “There are certain pieces that have [just] one destination.”

Nine original Dead Sea Scrolls are on display at the BYU Museum of Art.