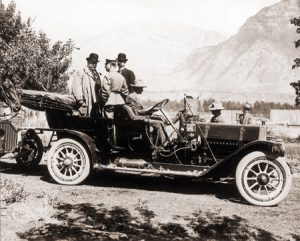 100 years ago: U.S. president William Taft visits Provo and BYU campus in 1909, prompting students to put the large letters T-A-F-T below the Y on the mountain.

75 years ago: In order to provide better counseling for the nearly 30 percent of BYU students in the College of Arts and Sciences, administrators split the college into five divisions: biological science, physical science, social science, language, and general courses. 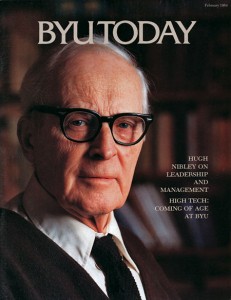 50 years ago: BYU purchases 35 acres of land just north of campus for a new stadium and some 2,700 parking spaces.

25 years ago: BYU Today, the BYU alumni newspaper, becomes a magazine printed six times a year. It is a forebearer of BYU Magazine. 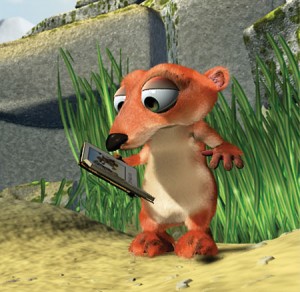 5 years ago: The BYU animation program receives a “student Emmy” award from the Academy of Television Arts and Sciences Foundation for the digitally animated short film Lemmings.

Mitt Romney has never let a little adversity stand in his way. In fact, he seems to relish against-all-odds situations.