A former Broadway performer now on his way to the Harvard dental school strives to live without limits. 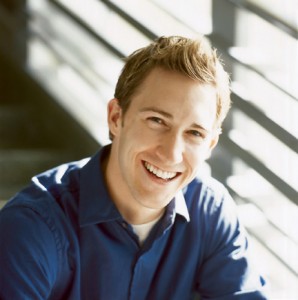 Before Ryan S. Shepherd, ’04, completed his two-year run with the Broadway national touring company of Beauty and the Beast, his fellow performers offered him a backstage tribute during the intermission of his final show. The diverse group of cast members gathered to quietly sing an a cappella version of “I Need Thee Every Hour.”

“In the end, they chose to honor me for who I am and what I stand for and what is important to me,” says Shepherd, who notes that most cast members led very different lifestyles from that of him and his wife and fellow cast member, Tamera. But, he says, they were still like a second family. “I am so grateful to have had that experience.”

Not that Shepherd has had any shortage of distinct experiences. After two years in BYU’s music dance theater program, and after serving as president of the Young Ambassadors, he and Tamera left BYU in 1997 to perform at Disneyworld and later with the Broadway touring companies of Cats, West Side Story, and Beauty and the Beast. Between tours he also managed to obtain a massage-therapy degree.

“Ryan sees no limits,” says Tamera. “He looks at others’ successes as stepping stones to see just how far he can go. It’s very inspiring.”

After touring with Beauty and the Beast, Shepherd and his wife decided it was time to start their family, so their thoughts turned back toward BYU, where he was a few credits away from obtaining his degree and starting a profession that would better lend itself to rearing a family. Shepherd chose dentistry, and in fall 2002, he threw himself full-time and wholeheartedly into difficult predentistry courses. Last year he scored in the 99.8th percentile nationwide for the Dental Admissions Test, and this fall he will head to the Harvard School of Dental Medicine.

“As Ryan approaches life, he’s trying to do it with gusto, whether it’s entertaining as a Young Ambassador, being a dad, touring, performing on Broadway, or having the discipline to finish up at BYU when he was having so much success elsewhere,” says Randall W. Boothe, ’79, an associate professor in the School of Music who worked with Shepherd as artistic director of the Young Ambassadors. “There’s just no question that whatever he decides to do, he does it all the way and with such enthusiasm.”

Tamera refers to her husband as “the ultimate Renaissance man.” On top of his other accomplishments, Shepherd is also a devoted father who reads to his infant daughter for 30 minutes every morning, a talented gymnast who once trained with an Olympic coach, a gourmet cook who has specialty cookbooks stacked in his small kitchen, and a gifted artist who took up tear art on a whim and can now virtually replicate famous paintings with tiny pieces of art paper.

“I keep waiting for there to be a point where he has a brain fry or burnout from being super-husband, father, student, but he doesn’t get that,” says Tamera. “He’s very motivated and accomplished, but he’s also honest and humble.”

As Shepherd tells his story, his gracious and unassuming nature is clear, but he also exudes a quiet confidence.

“People sell themselves short and don’t think they’re capable of achieving their wildest dreams,” he says. “But I think if we’re children of God and he is infinite, then our potential is limitless.”

Paving the Way for Better Broadcasts

In May Elder M. Russell Ballard presided over the groundbreaking of a new BYU Broadcasting building.

Gifts of the Harvest

As they share the fruit of their labor, members of the Knight Society create a legacy of giving.