When it comes to Air Force ROTC programs, BYU’s is at the top for future pilots. While pilots compose only 8 percent of the total Air Force, approximately 33 percent of BYU’s contracted AFROTC graduates continue on to Specialized Undergraduate Pilot Training.

In fact, for the past two years the Air Force has admitted every BYU AFROTC cadet who applied for pilot training—and admittance to pilot training does not come easy. Candidates from AFROTC detachments nationwide are measured against each other, and out of those who qualify, only an average of 61.5 percent of pilot hopefuls are accepted. BYU’s two-year 100-percent acceptance rate is impressive. 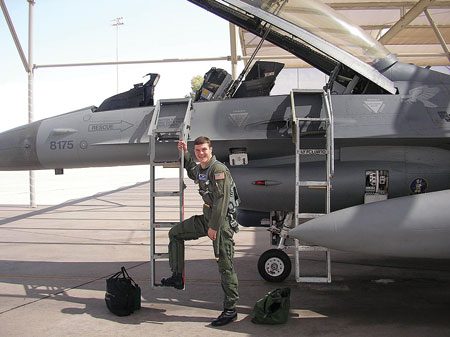 “The typical cadet is focused, but at BYU they’re more so,” says Lt. Col. Russell H. Hopkinson (BS ’86), vice chairman of BYU’s Air Force ROTC detachment. “Many of them attended one year of AFROTC, went on a mission, then came back. They’ve had leadership experiences and are more focused on their career choice in the Air Force. Our cadets continually prove themselves and are ranked among the very best in the nation.”

“I believe [BYU’s] is the best Air Force ROTC program,” says Aleks C. Layne (BS ’09), a third-generation BYU ROTC graduate who will begin pilot training this summer. “It would be a blast to fly and get paid to fly every day, but ultimately there’s a deeper patriotic feeling and love of country that most of these cadets that become pilots have to have.”