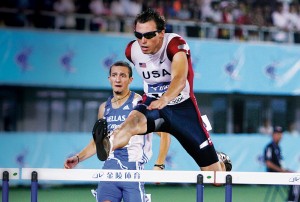 BYU had never had an athlete win a gold medal in the World Junior Championships until Christopher L. Carter (’09), from Roy, Utah, cleared that hurdle in August. Carter flew by his competitors and won the 400 meter hurdles final in Beijing, China. Two days later the 19-year-old sprinter struck gold again when he anchored the winning U.S. men’s 4×400-meter relay team.

The manager of the refugee initiative for LDS Charities calls for help in a problem “so acute, so intense.”

In 1908, the BYU track athletes were winners both on the field and in front of the camera.

Adventures in Tracking a Name