With a national Student Gold Addy as evidence, BYU’s Ad Lab is about as good as it gets.

“Only you can prevent ____.” Finishing the slogan is easy if you were born before 1990, but younger generations may have no idea. This year, however, second-graders nationwide are being introduced to Smokey Bear’s signature line.

To help stage Smokey’s comeback, the national Ad Council turned to one of its most trusted ad agencies: the BYU Ad Lab. It’s the only student-run ad agency the Ad Council uses. Kathy Crosby, Ad Council senior vice president, explains, “[BYU’s] work is on par with professional ad agencies. I go back to the Ad Lab year after year.” 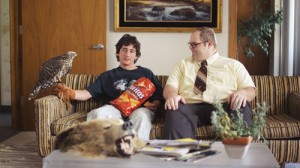 Jeffrey A. Sheets (BA ’98), the Ad Lab’s advisor, has worked hard to keep it that way: “The real story here is that we are the only university ad agency that does the work of world-class ad agencies.”

He’s not exaggerating. The Ad Lab has worked with L’Oreal, Nike, Electronic Arts, Ford, and Verizon, to name a few big clients. This year alone they’ve collected 12 student Addys, including a national Student Gold Addy, the premier student award for advertising, for their Doritos Guardian campaign. The campaign also received a D&AD First Place Gold in London, an international award—impressive, considering the Ad Lab has existed only since 2003.

Before the Ad Lab, BYU advertising students worked on hypothetical case studies. “The problem with case studies is that the teacher knows the right answer,” says Sheets. “But in a real-life situation you can’t predict where the market is or the complexity of the consumer—you’ve got to innovate. We needed an ad program based in reality.” Fresh from managing his own ad agency—and accounts with Apple and Nike—Sheets thought up the Ad Lab with help from associate professor Douglas R. McKinlay (BA ’68), a former ad executive.

From the beginning the Ad Lab paid for itself. “Any money we earn goes right back in,” Sheets says; it even pays his salary. The lab is staffed by up to 100 advertising students who each work or volunteer 20–40 hours a week. 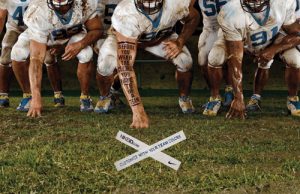 With this campaign, the BYU Ad Lab helped NikeID expand its market in the realm of high school sports.

At first, Sheets was the one approaching big clients and other ad agencies for Ad Lab work, even attending the Cannes Lions International Advertising Festival in France in 2004. “My [BYU] colleagues thought I was crazy,” he says, “but I got a lot of attention.” Top advertising execs were impressed that the advisor of a student-run agency would come to the festival. The trip resulted in projects for Volkswagen, Burger King, and UNICEF.

Scott T. Remy (BA ’84), senior vice president of Nestlé, has worked with the Ad Lab on several projects and points out that big clients aren’t the Ad Lab’s only coup. “[BYU] has been proven many times over as so many of [its students] land in top-tier agencies when they graduate,” he says.

Ad Lab grad Jordan D. Wheeler (BA ’08) now works for McCann in New York—an agency that counts MasterCard, Tiffany, and General Mills as clients—after working with Nike, AOL, and the Utah Jazz as an undergrad. “The work I was doing in the lab is similar to the work I do now every day at McCann,” says Wheeler. “The program does a great job helping students understand the industry and gives them an opportunity to jump right in.”

The real-world experience is paying off. It seems the only programs similar to the BYU Ad Lab are the top advertising graduate programs in the country—programs with decades of experience, hefty funding, and reputation.

“My job is to sniff out the best talent in the industry,” says David Perez, creative recruiter at Leo Burnett (Kellogg’s, McDonald’s, Nintendo). “BYU Ad Lab equips their kids with a strong knowledge of the current trends of the industry coupled with a ferocious creative appetite, . . . making them a hot commodity.”

This fall the Ad Lab will continue to work with Häagen-Dazs on its branding campaign and on Butterfinger Snackerz, a new-product launch. The lab is still the head agency on the Ad Council’s literacy campaign and is continuing work with UNICEF for the new campaign on preventable child deaths, “Believe in Zero.” At this point, Sheets feels they have achieved everything they set out to do. “Our real goal now is to keep a commitment to delivering truly creative and beautifully produced work.”