A professor learns the value of general education as he teaches it. 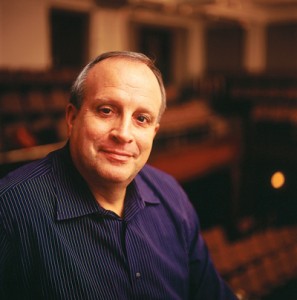 By connecting with other disciplines, psychology professor Hal Miller Strengthened his grasp of his own.

Let me be clear at the outset. I don’t teach general education. I teach students. Some of the courses in which I teach them are included in the general-education curriculum. But in all of my courses I endeavor to be true to the liberal ideals of general education.

As a child I aspired to be a scientist. I attended high school during the post-Sputnik heyday of science education in the United States. In college I began as a physics major, experienced a few post-mission major changes, and finally declared for psychology, a serviceable intersection of my scientific leanings and my interest in philosophy. I completed the expected courses in literature, history, the arts, and languages, but the sciences and math took priority. By the time I entered graduate school, I was a confirmed, if naïve, scientist.

Five arduous years later I had a PhD in experimental psychology and joined the faculty of BYU. I held an impassioned conviction that scientific knowing trumped all other claimants to secular knowing and offered the surest way to truth. In my conceit, I viewed nonscientific disciplines as necessarily lesser.

A phone call a few years into my BYU career changed all that. The call was from Thomas F. Rogers, then a professor in Germanic and Slavic languages. “We need a scientist,” he said. He explained that he was leading a faculty team of three who would conduct a yearlong honors colloquium on Western civilization.

“You’ll provide the scientific perspective as we go along. The texts are already ordered. I’ll send you the reading list. Will you join us?”

I agreed to. After all, I was a PhD scientist.

The reading list was only partially familiar. The titles I recognized were works I had studied, usually in excerpted form, in high school and college. I knew immediately that I would have substantial reading to do. At the first meeting of the colloquium, Rogers began talking about some of the works on the reading list. I was sitting in the upper deck of the lecture hall, listening to the voices of students who were out of view below me. They were knowledgeable voices. And these were freshmen. I knew then that I was in trouble.

What followed was in some respects the general education of a scientist. Thanks to Rogers and to the students in that first colloquium, I began to study the works that, in my false intellectual confidence, I had dismissed as beneath me. What started in the colloquium became a 10-year personal curriculum coinciding with my continued involvement with honors students and faculty. It was a time of great unfolding as I gained a beginner’s foothold on the major works of literature, history, the arts, and philosophy from all of recorded history. My general education continues to the present day, still drawing from that first colloquium.

The experience has brought new light to my scientific profession. It was impossible to come upon a new work and not make connections to what I had already learned about the science of behavior. As a result, my comprehension of my own discipline grew wider, deeper, sturdier. My belated general education supplied more refined bearings by which to situate my science within the long play of recorded intellectual endeavor and, as important, to locate myself as a player therein. Indeed, this is the promise of general education for students who pursue it.

Awakened in my adult years to what it meant to be generally educated, I could hardly refrain from sharing it with my students. In the intervening years, I have sought to profess psychology in a way that makes instructive connections to its intellectual neighbors across the liberal arts and sciences. Now and then, what I see in my students’ faces or hear in their voices or read in their words tells me that what Glaucon refers to in Plato’s Republic as a “vast work”—the work of general education—is now moving in them too.

Hal Miller is a BYU psychology professor and a former dean of General and Honors Education.

General Gets Specific About War Effort

Donald B. Holsinger: On Education, Development, and Vision

Since coming to BYU, Holsinger has switched from encouraging education internationally to providing it.