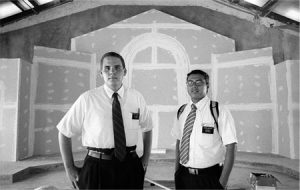 For the last two years, Mark F. Hedengren (BFA ’05) has focused on missionary work. He was not, however, clad in a white shirt and tie. Armed with a camera, Hedengren captured important events and quiet moments in the lives of missionaries in places like Mexico, France, Ghana, and New York for his exhibit Missionary, which hung in the Harold B. Lee Library during September and October. 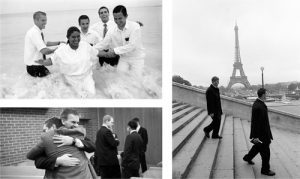 “I want people to see the devotion, the discipline, and the goodness of the missionaries,” says Hedengren, who served his own mission in Alabama. “They just lighten up a lot of people’s lives, even if they don’t convert them.”

16 Days in the Saddle

One BYU football fan tries to read up on the 1984 championship as told by George Orwell.