A Bang for BYU’s Buck 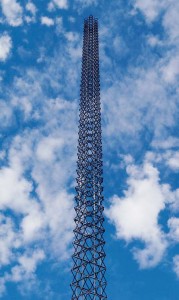 IN July the Chronicle of Higher Education recognized BYU as the best in the nation at turning research dollars into inventions and new companies. It also reported that, relative to research spending,BYU ranks third among American universities at earning income from inventions.According to the Chronicle, BYU spends a relatively small amount on research, averaging just under $15 million a year from 1996 to 2000. In spite of this, BYU has developed a reputation for putting its money, time, and products in the right places.Because patent costs can become consuming, BYU only pursues patents for inventions that have a very good chance of licensing. And because BYU focuses on applied research, a high percentage of the university’s inventions are marketable.Investing in start-up companies has been a smart move on BYU‘s part. “Of the university’s three most lucrative inventions, two—the technology behind a new kind of hearing aid and software for the modeling of water systems—were commercialized through spin-offs,” the Chronicle reports. The third top invention, used for treating leukemia, is licensed to Johnson & Johnson. These three inventions accounted for more than half of the $2.3 million in royalties BYU earned in 2001.The university also has high expectations for the three-dimensional truss technology it recently licensed to PYRAmatrix Structures, Inc.“BYU professors and students are achieving the biggest bang for their buck when it comes to developing commercial applications for research,” says Lynn Astle, director of BYU‘s technology transfer office. “They are working on solutions to world problems and have proven quite successful, even without much of the resources available at large research institutions.”Being smart is paying off.

Adventures in Tracking a Name

In the U.S. Senate and the Utah Supreme Court, Mike and Tom Lee carry on the legal legacy of their father, Rex Lee.

BYU Blue Through and Through