An out-of-the-box reprise of a 1938 classic, plus a new musical written by a BYU professor, helped BYU secure an unprecedented 15 national awards at the 2015 Kennedy Center American College Theater Festival in April.

Fourteen of those honors—including top awards for production of a modern classic and for directing—went to BYU’s innovative production of Our Town, which blended film with live performance. “The integration of stage and screen helped introduce a classic script to a new generation—a generation exceptionally familiar with media, on large and small screens,” says theatre and media arts professor Stephanie Foster Breinholt (BA ’94, MFA ’99), who directed the play. 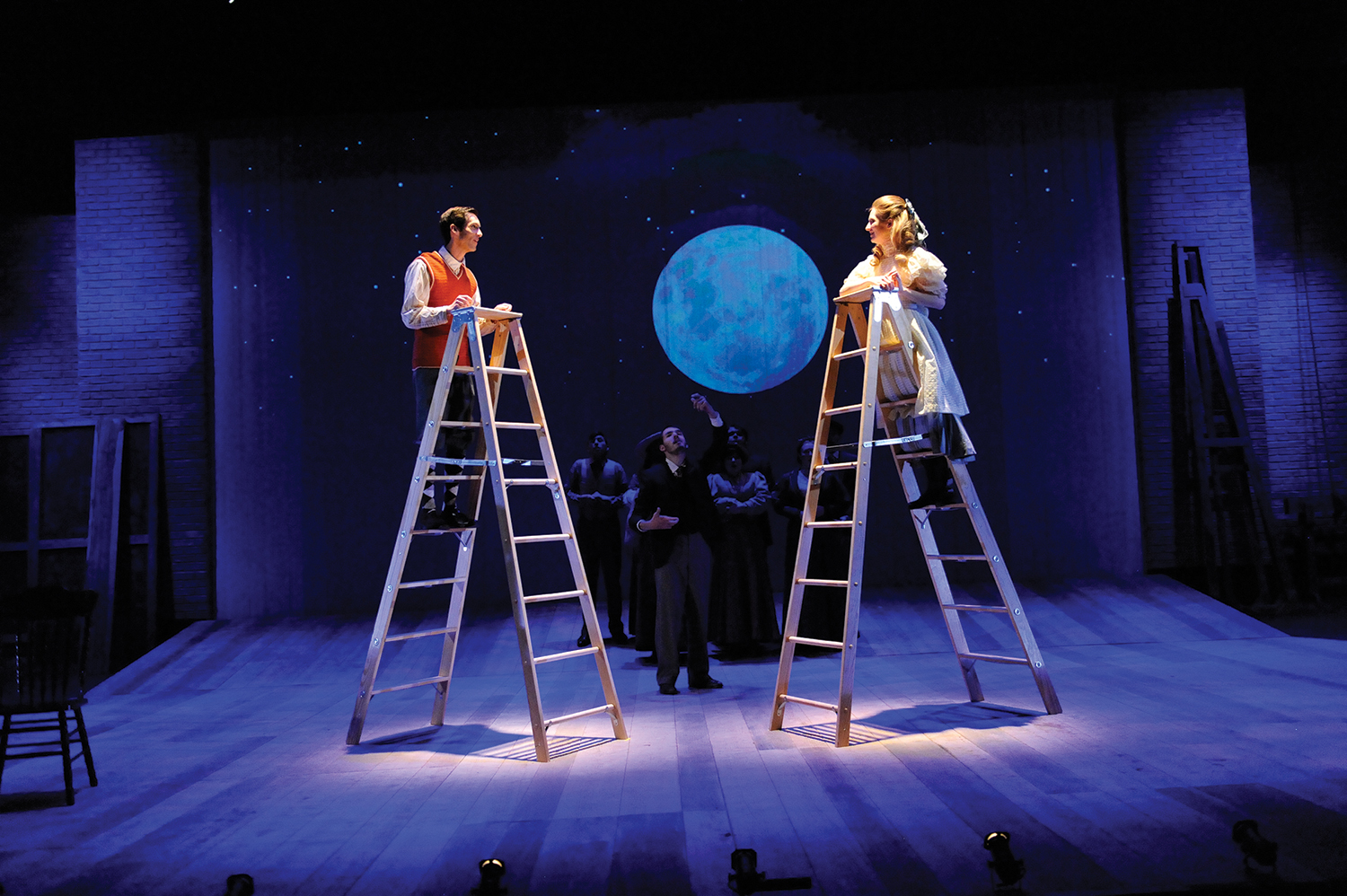 BYU’s blend of film and live action picked up an unprecedented number of national awards. Photo by Mike Handley.

Actors onstage interacted with the action on-screen, and vice versa, with actors stepping onstage through various openings in the screen where the film was projected. “It worked because my cast and crew and department all worked hard and trusted each other,” says Breinholt, “and trusted me as the director who had a big, crazy idea.”

The production received additional honors for lighting, scenic design, costuming, stage direction, and individual performances. “We worked tirelessly on this show—scouting for locations, film prototyping, rehearsing and performing in each venue—for over a full year,” says Breinholt. “To receive such national recognition is simply remarkable.”

Single Wide explores the lives of several women living in a trailer park when a young man, recently returned from war in Afghanistan, moves in. “It’s a hopeful play that celebrates the struggle in all of us to better ourselves, even if we don’t know how to do it,” says Nelson.

The play is one of 10 selected for refinement off-Broadway in July as part of the 2015 New York Musical Theatre Festival, where it is being directed and acted by Broadway veterans.