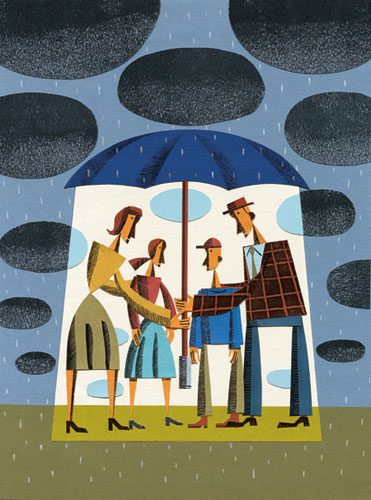 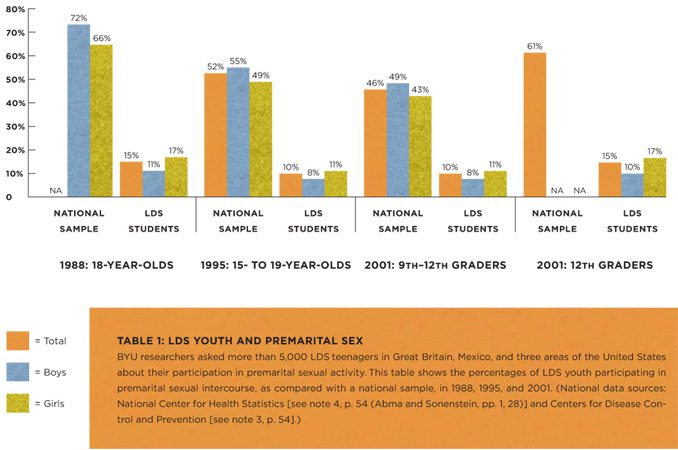 To assess the frequency of date rape among LDS youth, we asked whether they had been “forced” to have sex. Five percent of the girls and, surprisingly, 5 percent of the boys replied “yes,” and those numbers increase to 9 percent (boys) and 21 percent (girls) when looking only at high school seniors. We did not define “force” for them; it is clear, however, from their responses to other survey questions and many anecdotal comments that the respondents viewed it as stronger than coaxing or pressure. While most did not think of the experience as actual rape, it was evident they viewed their involvement as being against their will. We were even more shocked by the degree that LDS young men and women reported that they themselves forced someone to engage in sex. The percentages are small (5 percent of boys and 4 percent of girls), but it is still disturbing to see that some LDS young people have forced others into immoral activities. 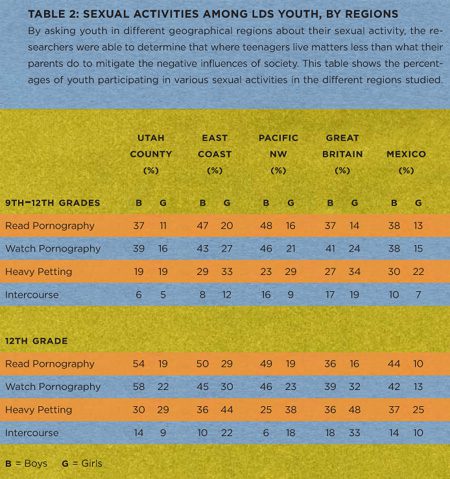 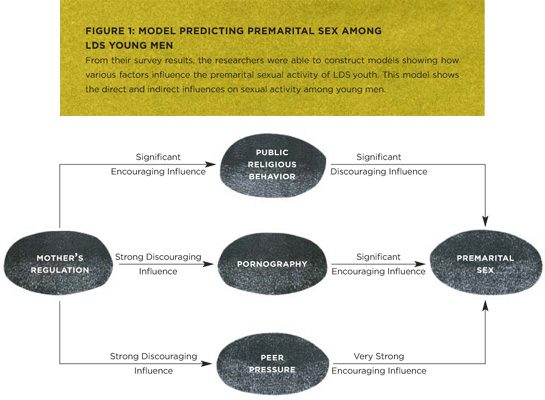 In a related study we interviewed 50 unwed teenage mothers in Utah County. We asked them, “Why did you engage in sex the first time?” Their answers stunned us. The most frequent reply was, “I don’t know. It just happened.” Even when pushed for a more informative answer, nearly half of the girls, 48 percent, firmly stuck with the claim that they did not know why they participated in such serious behavior. They were emotionally “paralyzed” when they found themselves in the risky circumstances and were unable to resist. The next most commonly cited reasons for engaging in premarital sexual intercourse were feeling pressured and a desire to feel wanted. These three reasons—”don’t know,””was pressured,” and “to be wanted”—accounted for nearly all of the responses. Only one girl stated that she had engaged in sex because she was “turned on” and had actually wanted to do so.These troubling results are not new. Our experience, both as researchers and as Church leaders, has taught us that most young women in the Church who become sexually active do so for nonsexual reasons. In the words of an unwed mother, “I liked being with someone. I like getting attention from guys.”Another said: “The feeling of having a man or a relationship and not wanting him to leave me is what made me have sex. I thought that giving him some sort of sexual pleasure would make him like me more and stay around longer.”Most of these girls were initiated into sex before age 16. It is somewhat surprising that they would have desires for male acceptance at such a young age. These young women, like so many others both in and out of the Church, confuse sex with affection and belonging. They engage in behaviors they know to be wrong not because of passion but because they are desperate for confirmation that they are attractive and acceptable or because they feel some obligation to please.In the book Reviving Ophelia, Mary Pipher discusses the painful identity crisis that many young women in the United States experience as they enter adolescence. She reported that many of the girls she counsels in her practice engage in sex because they “didn’t know they had the right to make conscious decisions about sex” and they “didn’t know how to say no” or because they “desperately wanted acceptance and would do anything, including having sex with virtual strangers, to win approval.”12What, then, can we do to help our young women? What can be done to fortify them as they encounter the culture of sex and the pressure to please others? In addition to strengthening their spirituality, we can lead them to discover their self-worth, independent of a boyfriend, physical appearance, or popularity. We can teach them that true affection and acceptance are not related to premarital sex; in fact, sexual immorality destroys meaningful relationships. 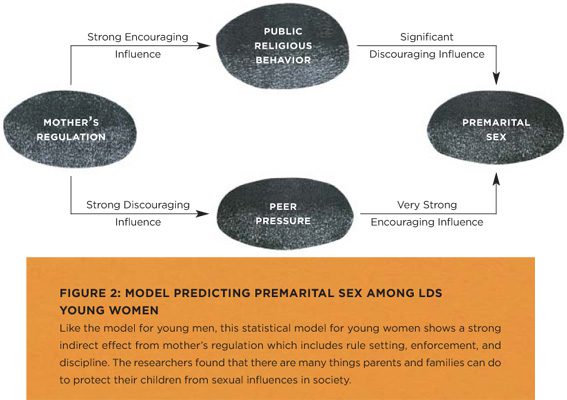 Brent Top is a BYU professor of Church history and doctrine, and Bruce Chadwick is a BYU professor of sociology. Matt Evans is a sociology doctoral student at BYU. This article is an outgrowth of a previous study by Top and Chadwick on teen delinquency, published in Brigham Young Magazine in 1998 as “Raising Righteous Children in a Wicked World.”Download an Adobe Acrobat PDF version of “Protecting Purity.”This document is in Adobe Acrobat format. If you do not already have a copy of the Adobe Acrobat Reader, it is free and can be downloaded athttps://www.adobe.com/prodindex/acrobat/readstep.html

FEEDBACK: Send comments on this article to magazine@byu.edu.