A stronger relationship with your teen may be just a tweet away, say BYU family life professors Sarah M. Coyne and Laura Padilla Walker. Their new study, published in Cyberpsychology, Behavior, and Social Networking, shows that teens who “friend,” “like,” and chat with parents online feel closer to them offline and tend to be more kind, helpful, and giving. Here Coyne explores the results and teen expert Hope F. Gueller (’17), a BYU freshman who’s never lived in a time without the Internet, offers a few pointers for parents who are social-media newbies. 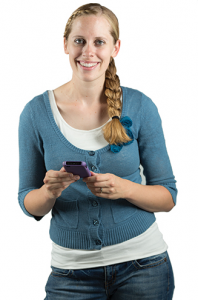 How does social media help parents?

Social media is just one tool in a parent’s arsenal. It’s a quick, easy one where teens are spending a lot of time anyway—up to eight hours daily. Connecting online not only helps parents monitor a teen’s social world but gives them another venue for positive feedback or showing affection. But Facebook is not a cure-all for bad relationships; parents need to be spending time with kids beyond just liking them.

How can parents get started?

That’s a great conversation to have with your teenager. Teens are the real experts, and a lot of them will get a kick out of helping parents open accounts. We found that about half of parents aren’t using social-media sites. Start with one. Facebook is the easiest; most teens are on it. But I wouldn’t ignore Twitter or Instagram. Try simple things, such as liking your child’s profile picture, posting websites you think they’ll enjoy, or writing supportive messages.

How much should parents interact
with teens online?

About half of teens reported connecting with parents online, with 16 percent interacting daily. The more frequently parents used social media with teens, the stronger their connection. But like everything else, it’s got to be in moderation.

Social Media Dos and Don’ts from a Freshman Expert

Do know how to navigate the popular sites: 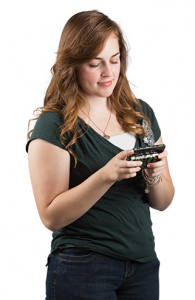 Don’t interact with your kids too much. Avoid liking or commenting on every single post. Also, it’s super embarrassing when parents post pictures of their teens when they were little kids and gush about it.

Don’t use an acronym unless you know what it means. One I use a lot is lol (laugh out loud), but I don’t know anyone who uses acronyms like brb (be right back) or g2g (got to go) anymore. As a parent, it’s better to post in complete sentences.

Do use smiley faces, like this :). But be careful with the winky face ;). Using it too much can be weird.

This list may help you in your own efforts to establish healthy and productive media practices in your home.