A quarterback inspires a struggling sixth-grader to go long. 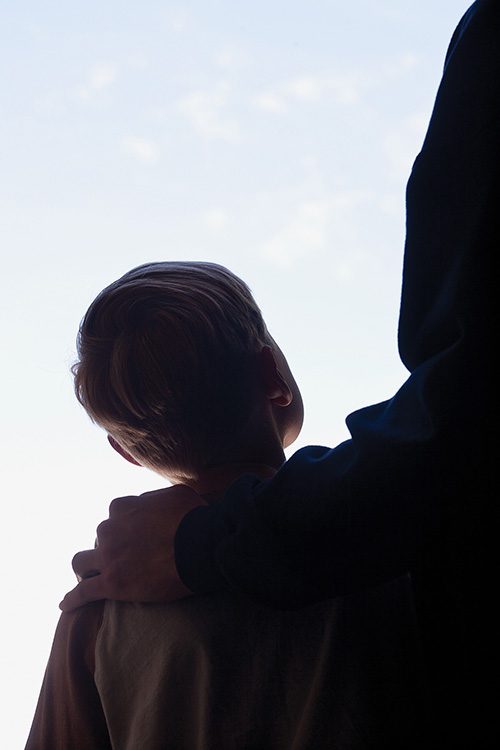 Matthew didn’t really fit in. A little overweight and wearing worn-out clothes, he kept to himself and didn’t interact much with the other sixth-graders in my group for Sports Hero Day, an annual event in which BYU athletes speak to elementary school students and teach them sports skills.

As a group leader for the activity, I was assigned 20 energetic boys from the same school class who seemed to be pretty good friends—except for Matthew (name has been changed). At the beginning of the day, I had given each of the boys a bandana as my way of keeping track of them. I noticed he was struggling to get his on, so I went over to help and started talking to him. From then on he was attached to my hip everywhere we went, asking questions about BYU, my life, and anything else that crossed his mind. When he wasn’t asking questions, he was expressing his utter hatred for BYU. He told me that he didn’t know who any of the BYU athletes were, and he didn’t care to find out.

After the second workshop, Matthew’s teacher pulled me aside and thanked me for taking an interest in him. She explained that Matthew had just moved and was struggling to fit in. His family situation was difficult and he had spent time in foster care. On top of that, he repeatedly got into trouble at school. The other teachers had worried that on the field trip he would cause problems and be disrespectful toward BYU and the Church.

After what his teacher told me, I paid more attention to Matthew. I made sure he got to participate and encouraged him to interact with the athletes. Slowly, his demeanor changed. He made an effort to talk to the other kids and seemed to be enjoying himself. Our last station was football. While all of the boys in my group ran ahead, Matthew stayed behind with me. He was quiet and attentive while the players spoke, taking in everything they said. When the other kids moved on to the activity, he asked me if he could talk to the players. He had no idea who any of them were, but he approached each one. They were extremely nice and took an interest in him. They’d ask him what he liked to do, what he wanted to be, and then they’d compliment him on something—his hair, his jacket, or his shoes. The grin on his face was unmistakable.

Then he approached starting quarterback Riley K. Nelson (’13). Nelson was surrounded by tons of little kids, but he stepped aside to talk to Matthew. The two of them talked for about five minutes. When Matthew came back to me, he told me all about it. Nelson had asked if Matthew played football, adding that he would make a great player. Matthew said he didn’t think he would be good enough and he thought the other kids would make fun of him. Nelson then told Matthew that he could do anything he set his mind to and shared how he had worked through some hard things in his life. After telling me all this, Matthew asked who it was that had talked to him. When I told him, his eyes lit up and he became almost unrecognizable. The boy I met earlier that morning had completely changed.

At the final pep rally, Matthew sat next to me. He listened to each speaker attentively, and when Nelson stood to speak, Matthew straightened up and was enthralled. When Nelson and backup quarterback James C. Lark (’13) asked the kids to stand up and yell what they wanted more than anything, Matthew was the first one up. A few minutes later, Matthew leaned over and asked if I’d like to know what he yelled for. He pointed to Nelson and said he wanted to be just like him. “Oh, you want to play football?” I asked. Matthew looked at me like I was an idiot. “No,” he said, “I want to be what he has been for me today for someone else—because nobody has ever been like that for me.”

In the Middle of the Night

The pockets of time that remind me to be gentler when the sun comes up.

Laura Heaton has impressive goals both on the soccer field and in the classroom.

800-meter track star Shaquille B. Walker attributes his success to his faith.