The Art of Fashion

At age 10, Kah Leong Poon (BFA ’95) broke the swimming world record for his age group in the 100-meter freestyle, becoming a local hero in his native Singapore. Eleven years later, Poon was recruited to join a growing stable of Singaporean swimmers at BYU, arriving New Year’s Day 1988 in a “strange country, with a strange climate, strange people, and a strange religion,” he says.

As a hometown sports celebrity, Poon was used to a lot of attention, but nothing prepared him for the attention he would get at BYU as someone who was not a member of the Church. “I had people trying to teach me the Book of Mormon every single day,” he says.

Poon slowly realized that Mormon kids were just “regular, goofy freshmen.” He tagged along to activities and church services and found he actually liked it. “The bishop in the dorms told me I was one of the most active members of the ward,” he says. Poon was baptized Feb. 6, 1990.

Four years later, as he was completing his NCAA eligibility and studies in graphic design, Poon discovered new twin passions: photography and ballroom dance. The athletically and artistically gifted Poon soon became a member of the Ballroom Dance Company while earning a degree in photography. From there, his story becomes a classic New York tale. 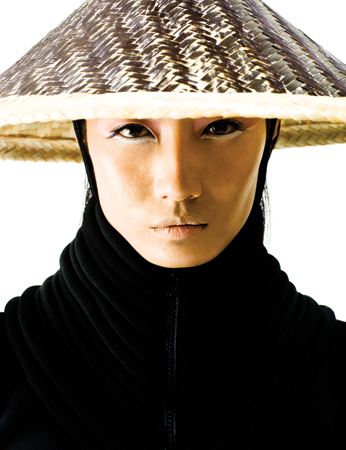 For more than 15 years, Kah Leong Poon has led a successful career as a high-fashion photographer in New York City; his work has appeared in publications around the world. For Poon, the work is less about fashion, however, and more about art.

After graduation, Poon cold-called the two photographers he admired the most: Joyce Tenneson and Annie Leibovitz, asking about internship possibilities. He received the same answer from both: “Call if you’re ever in New York.” It was a brush-off, but Poon took it as an invitation, bought a ticket, and called them four days later: “Okay, I’m in New York.” They agreed to look at his book, and two world-renowned photographers asked the same question: “When can you start?” Poon interned with both, eventually being hired full-time by Tenneson. “Poon had a certain technical command,” Tenneson says, “but then many young photographers have technique.” She hired him for a different reason: character—the combination of talent and simply being “a fine human being.”

Since launching his own studio, Poon has been recognized as a top creative photographer, having been selected for publication in the Communication Arts Annual and the Graphis An- nual. His work has also appeared inEssence magazine, Psychology Today, and the New York Times.

There are fewer than 200,000 Kalmyks in the world (members of a nomadic Mongol tribe that migrated to Russia in the 17th century); one of them, 21-year-old Dinara Chetyrova, works as a fashion model in New York City. Poon is shooting her for Dossier Journal, a lifestyle and fashion magazine.

“Good. That’s great, keep doing it!” he tells her.

His dance training comes into play as Poon demonstrates the pose he wants. “Follow the line of your arms with your eyes,” he tells her. The model moves through various poses, trying to find what the photographer is seeking.

Suddenly Poon is electrified, his voice rising half an octave and 20 decibels:

“Fantastic! This is the shot! Love you, love you, love you!” Energy floods the room. The studio is always a hive of activity but suddenly all the bees—makeup artists, hair stylists, dressers, assistants—stop their buzzing to watch. “Relax—I think we got it,” Poon calls out. “So beautiful! Good job!” 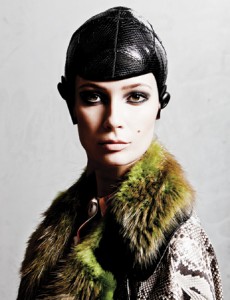 The stylist on the shoot (responsible for clothes and accessories) is BYU theatre arts graduate Joshua T. Williams (BA ’98), ably assisted on this day by his 12-year-old daughter, Maddie. Williams doesn’t find much tension in being a Latter-day Saint and working in high fashion. “Knowing who you are, and accepting others for who they are, eliminates issues,” he says. “Kah has decided what he’s comfortable with and what he’s not comfortable with. Nudity is a major part of fashion, and Kah chooses not to show it in his images.” Williams says Poon often talks about BYU or missions on shoots: “It’s just a part of his conversation. It’s totally who he is.” Williams also respects Poon for treating the models “like people, not as a hanger for the clothes.”

Poon’s own view of the fashion world? “Fashion is frivolous,” he says without a moment’s hesitation. Then why do it? “I’m using fashion as a medium,” he explains. His goal: merge fashion into fine art. “Every so often you’re rewarded—a moment that’s unreal, sublime, a glimpse of heaven,” he says. “Like a beautiful sunset—it’s there in an instant, and then it goes away. Imagine if you could capture it, so people would know: Heavenly Father made that—there’s something more.”

Taking the field in fall 2021, the new BYU Football uniforms are dazzling the fashion world.