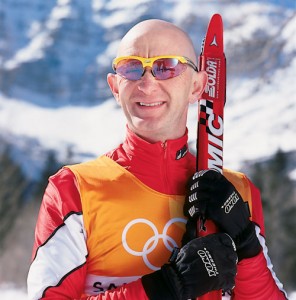 Paul O’Connor did not win an Olympic medal but his participation in the Games inspired spectators and competitors alike.

HE shares a birthday with Pierre de Coubertin, renowned father of the modern Olympics. But a year ago if anyone had mentioned the term Olympic spirit to Paul O’Connor, ’94, he would likely have responded with a cynical chuckle. And after skiing in the 2002 Olympic Winter Games in Salt Lake City, he could have easily remained skeptical. He finished 69th in a field of 72.But after participating in the Games, O’Connor’s cynicism has vanished—there is no stronger convert to the Olympic ideal.“I have had too many spiritually uplifting experiences in connection with these Games to be otherwise. I have seen competitors, coaches, and volunteers express all that is good in the human spirit. I have seen athletes overcome apparently insurmountable odds. These Olympic Games were a testimony to me of the greatness of the human spirit,” says O’Connor.O’Connor wasn’t first across the finish line in the 1500-meter cross-country race. But he finished. And O’Connor is now and will always be an Olympian, having qualified for and competed in one of the highest levels of sport. He is also a part of Olympic history—the first Irish athlete to compete in cross-country skiing at an Olympics.Much of the Olympic focus is on winners, but of the 78 nations represented in Salt Lake City, more than 50 went home without a single medal. And there is something inspiring about athletes who realize they cannot win yet remain determined to complete their race.“Numerous people told me how inspired they felt by my participation,” says O’Connor. “They were inspired because, frankly, I’m just a regular Joe, not a full-time professional athlete.”Equally inspiring is O’Connor’s premeditated selflessness. “Months before the Games I had consciously decided that I would not have a selfish focus but would look for opportunities to help other competitors. The way opened up to me to do so, and there were a number of athletes I was able to help significantly—before, during, and after the Games.”For example, O’Connor sensed that another Olympian was going to have extreme difficulty in a race, so he found a way to help. “I was waiting for him on the lonely top of the most gruelling uphill ascent, far from the shouting crowds. Our eyes met as he passed. No words were needed. He knew I was there for him.”What meaning can be found in finishing nearly last? O’Connor shares his perspective. “I learned that the Olympic Games are not all about winning. I know I can hold my head high because I helped others succeed.” 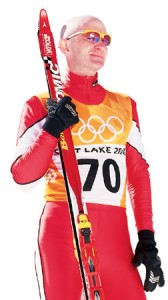