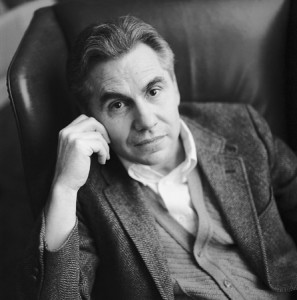 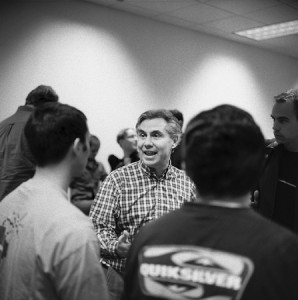 Since Packard developed the predecessor course several years ago with David T. Warner, ’93, now director over music and performing arts at the Conference Center of the Church of Jesus Christ, his ambitions have expanded. The course has been divided into two halves taught in succeeding semesters. The first half, team taught with Terrance D. Olson, ’69, a professor of family life, uses an altered form of Packard’s dissertation as a textbook—a how-to of sorts in the creation of visually and spiritually centered stories. The second semester’s course, team taught with Charles D. Cranney, ’80, associate director of BYU Publications and Graphics, focuses on performing and producing those same stories in various media.

A Righteous Ambition Published by BYU in 2001 with Novels for the Next Great Films on the spine, My People is intended to be the first of a series of film novels. Three other novels are currently in draft stages. These efforts have been incorporated under the name Lifesong, a multifaceted mentoring project meant to help students create stories using the principles of generosity they find in their studies of philosophical and scriptural texts.Packard hopes to have success similar to that of his earlier forays into media production. The television specials Thanksgiving of American Folk Hymns and Songs of Praise and Remembrance, for which Packard was producer, featured BYU‘s choirs and orchestra, won numerous awards, and were shown on hundreds of PBS stations across the country. Packard sought to apply a philosophy of generosity to every aspect of the specials. “We taught students to be responsive to music that mattered,” he says. “We explained to the cameramen and crew that what they would be seeing was like testimony bearing and should be treated as reverentially. “People wrote us and said, ‘If there are 400 students like that in the world, then we feel a whole lot better about things.’ Someone said, ‘We saw the face of Jesus on them.’ That’s because the students were being tenderhearted.” It’s an effect that Packard hopes to replicate in other media through Lifesong. He intends his class’s work with film novels to be a direct transition into something greater—BYU‘s first theatrically released, student-made film. “This is an innovative way of putting students in an extreme mentoring environment,” says Cranney. “They get equal billing with professionals, but the quality is kept high by including industry mentors.” 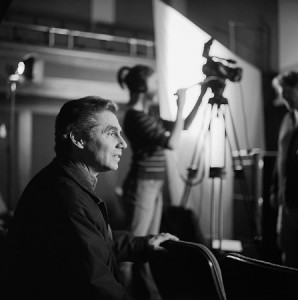 Packard hopes to lead a legion of “tenderhearted” students trained both in technical skills and in the philosophical ideals needed to wield them wisely.

And that list of industry mentors is growing. Lifesong’s board of directors already includes some of the most prominent names in the Mormon film industry—people like Kieth W. Merrill, ’67, ofIMAX, Testaments, and Legacy fame; Sterling G. Van Wagenen, ’72, producer of the Academy Award-winning Trip to Bountiful; and Dean C. Hale, ’90, of Excel, distributor of God’s Army, The Other Side of Heaven, and Charly.When filming for the feature-length motion picture of My People begins summer 2004, Packard and his fellow professors hope to be at the head of a legion of tenderhearted students trained both in technical skills and in the philosophical ideals needed to wield them wisely. While preparations for the filming and funding of My People continue, the second film novel in the series, Creekwater Bends, by Nathan K. Chai, ’02, should be ready for publication by summer 2003. And Packard hopes that the cycle won’t stop there. Profits from that film will be recycled to finance future films emerging from the book series.“We, as a people, can’t simply be negative about the entertainment industry,” Packard says. “We have to be enthusiastic about the very finest stories and films; we have to study them and learn from them and learn to create them. We want the world to experience the goodness of God as it exhibits itself, not only from the Spirit itself, but from the words of a child, the performance of an actor, the movement of a cameraman.”

What has changed for Jared L. Hess ('02), since the release of his film Napoleon Dynamite?